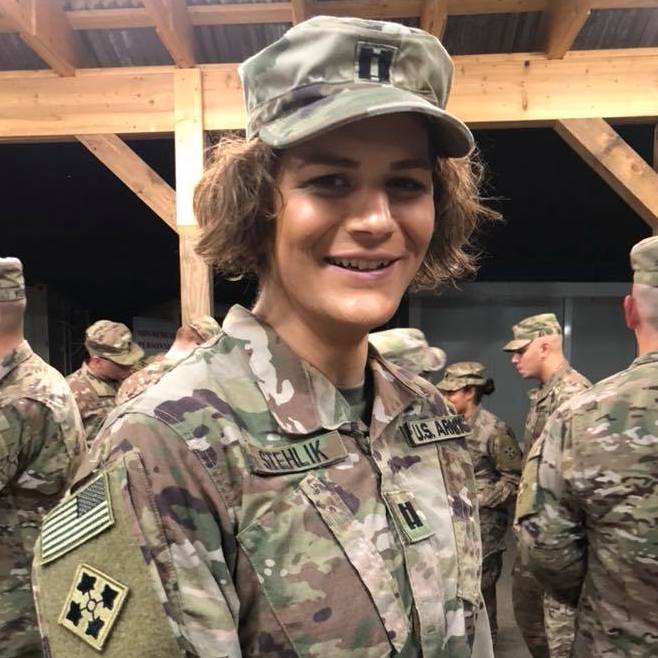 Captain Alivia Stehlik knows what the Army is; it’s her world, and her commitment to living in it has never been stronger. Currently deployed to Afghanistan as a Brigade Physical Therapist, she still feels the same sense of belonging she has her entire life, from growing up an Army brat, through West Point, Ranger School, and being an infantry platoon leader. She’s covered a lot of ground in her 10 years of active duty service, but somehow she’s never left home.

Recently, while stationed at Fort Carson as a staff physical therapist, she discovered that one of the brigades was about to deploy, but they didn’t have their physical therapist and weren’t going to get a replacement. She went straight to her commander because she knew she could make a difference. Before anything could happen, she had to meet with brigade leadership to clear a big hurdle. The first question they asked was “Are you willing to delay surgery to deploy with the unit?”

That was an easy answer for CPT Stehlik, “Of course!” As a transgender woman, Alivia’s medical treatment plan includes surgery, but like every soldier with a medical condition where treatment is necessary, but not urgent, the mission comes first. Her commitment to ensuring first rate care for the soldiers around her was more important than anything else. She leapt over several more hurdles, and with her commander’s help, she met the standards and joined the 1st Stryker Brigade Combat Team as they deployed to Afghanistan.

Alivia publicly transitioned in May of 2017. A few months later she went in to work and was suddenly overwhelmed by a barrage of texts asking if she was ok. She was confused, but did some digging and found out that the President had just tweeted that transgender people would no longer be allowed to serve in the military. She was shocked, but she had patients coming in and figured she could set it aside until after work. The day would end up memorable for a completely different reason.

Her first patient came in and without prompting said “I don’t care what anyone says – I want you to be my physical therapist. You’re amazing.” Alivia was floored, but that wasn’t the last she’d hear. Again and again that day patients went out of their way to tell her they wanted her in their Army, as their physical therapist.

Years earlier, Alivia had left West Point as an Infantry officer, and quickly discovered that the best part of the Army was the Soldiers. They caused all her daily headaches, but they were also the cure. She’s told people that infantrymen are her favorites: humanity at its very best and worst, at the same time, with the intensity turned up to 11. Now, those same soldiers echo her commitment by telling her over and over again that they want her in their Army.

Shortly after the tweets, Alivia was selected to attend the Captain’s Career Course. She was happy to go, but a bit nervous. She remembers thinking that “It’s one thing to be a trans woman in my own office, where my patients need me. It’s another thing to walk into an auditorium with 200 of my peers and hope that they accept me.” It turned out that she had nothing to worry about as respect from her peers came easily and she earned distinguished graduate honors.

The most rewarding part of the course for her was educating her peers on being transgender in the Army. She saw the class on the syllabus and asked the instructor if she could teach it; he agreed. It went so well that she offered to return to future courses and teach to the whole cohort of 200 students. She has since taught several classes after which numerous students thanked her for being willing to teach this class, and they were glad she was in their Army. Alivia was beginning to sense a theme, it seemed that her fellow soldiers sure wanted her around. There are no unit cohesion issues, because this isn’t just “their” Army, it’s “her” Army too. She’s part of the family. 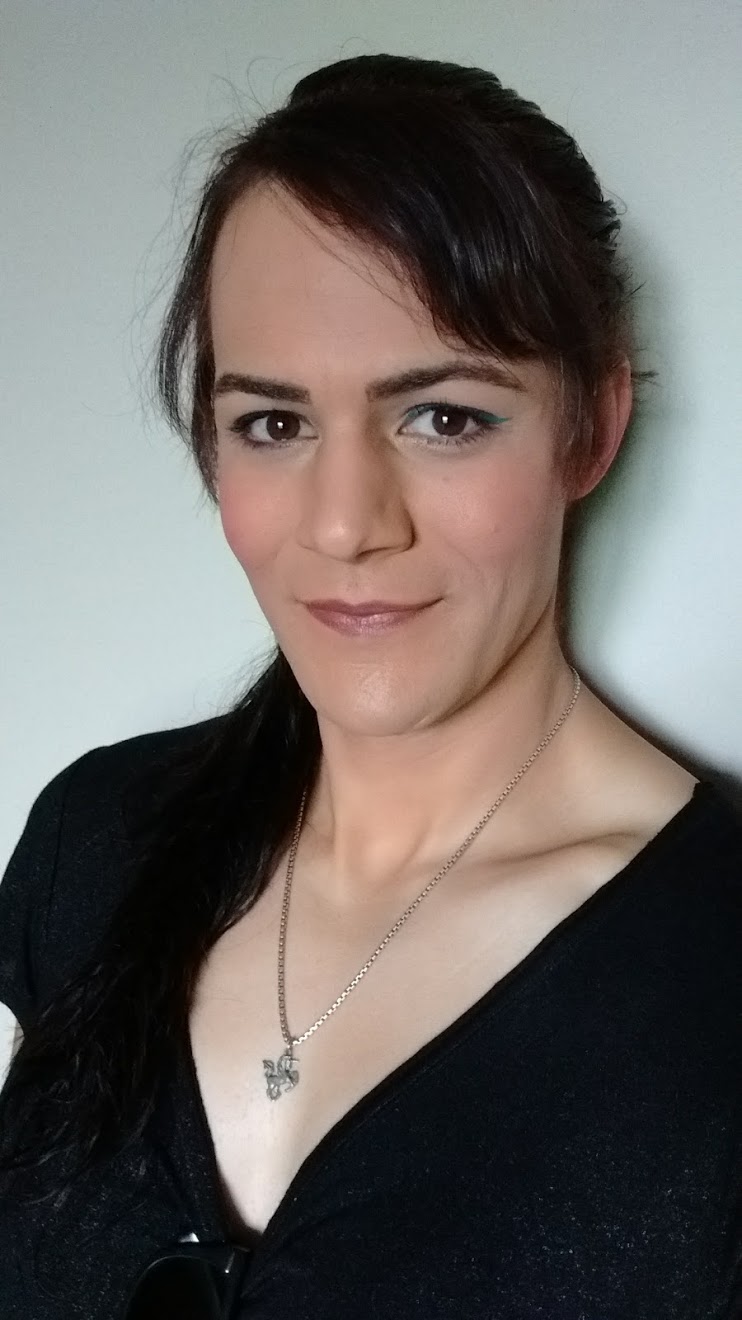 Q & A with CPT Stehlik

Q: How do you stay resilient?
A: When I started my transition, my therapist told me that over the next year or two I was going to make great use of the skills I learned in Ranger school. He said that the road down which I was walking was a difficult one, and that I would need all the internal fortitude, all the drive and desire and determination and perseverance that I could muster, to get through it. At the time, I thought he was exaggerating; he wasn’t. I needed every ounce of that strength, that unwillingness to quit regardless of how difficult things got. My experiences in the Army taught me that you can always go another minute, another step, another hour, another day, no matter how hard things get. They also taught me that we don't get anywhere on our own. You can keep walking, but it’s the men and women standing next to you that get you through the hardest days. In the Army, we take care of each other.

Q: What is one thing you want people to know about transgender members of the military?
A: When I’ve taught other Army officers about trans people, they always ask about standards: “do you think that trans people should be held to the same standards?” “What about physical fitness testing standards?” “What about the new(ish), strict(er) medical retention standards?” In every case, I get the impression that people are waiting for me to cut myself and other trans people some slack. And in every case, they’ve been disappointed. Transgender soldiers are soldiers first. We want to be held to the same standards as everyone else. We love the Army, and our other respective soldiers. We’re not special – we have to follow the standards like everyone else. We just want to do it as our actual true selves. If you want to support us, tell the people you know that you know trans people who are serving successfully. Public opinion will drive a huge part of the change in our country; make it more difficult for people to discredit us.

Q: Anything else you want people to know?
A: Today, as I sit in Afghanistan, taking care of my Soldiers, our civilian partners, and our Afghan partners, it’s still odd that some people think I’m part of the problem. It seems contrived and political, and not at all related to cost or my ability. My unit leadership has been thrilled with my willingness to come on this deployment and take care of our Soldiers. All of my patients, military, civilian, and Afghan, have expressed their gratitude for my care. There’s nowhere I’d rather be: the Army is home.