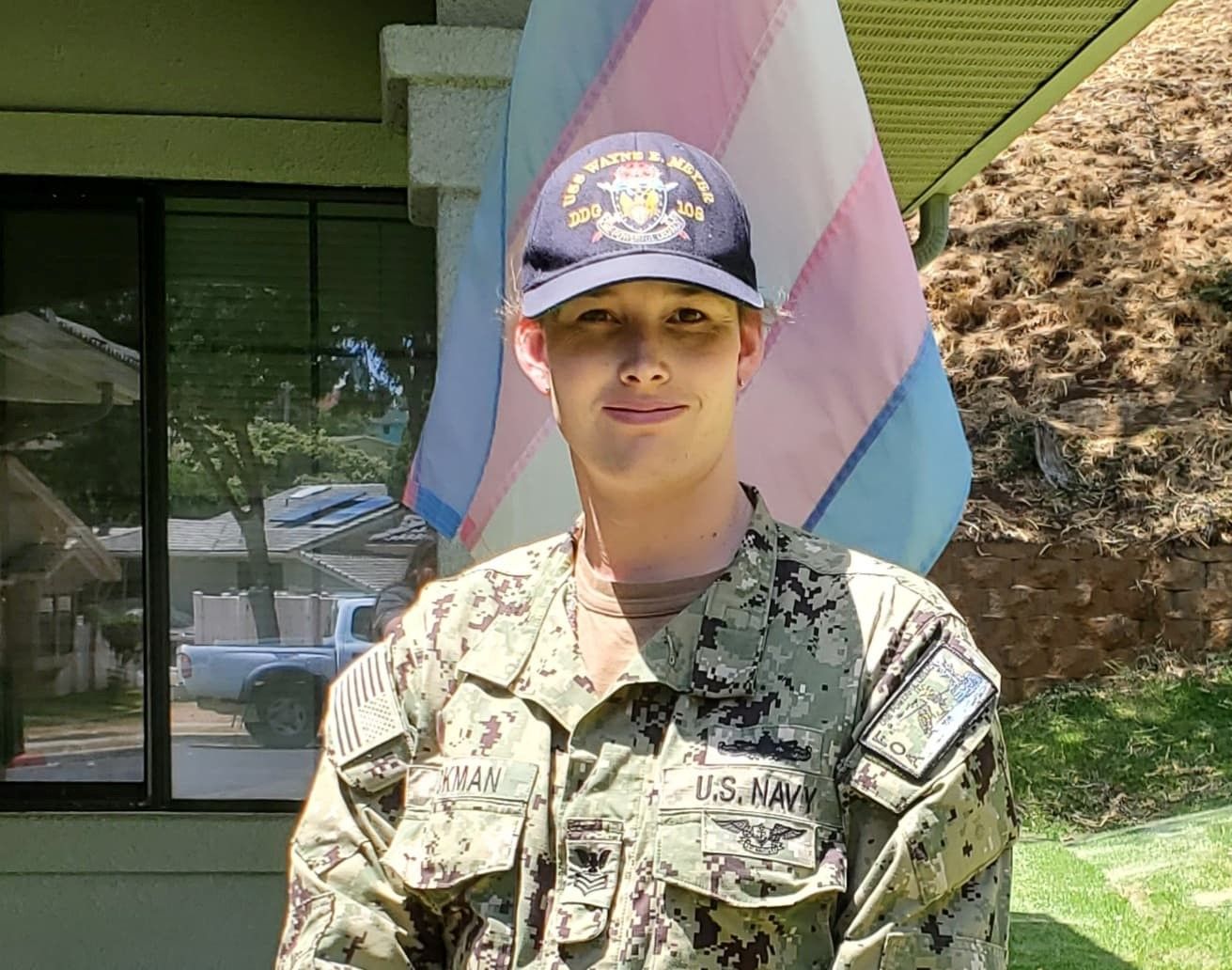 In November of 2018 Petty Officer Molly Sackman stood on the messdeck of her command’s Arleigh Burke class destroyer addressing her friends and shipmates. Under the guise of her birth gender, she delivered training about transgender policy in the military; at the time, most of the sailors onboard had no clue she was trans. However, her truth was swiftly surfaced to the officers and crew onboard the USS Wayne E. Meyer. She scrolled to the next slide of her presentation to display her personal Gender Transition Plan and ultimately, to share that she was trans herself.

Molly joined the Navy in October 2006 to escape a dull life in Tulsa, Oklahoma. In the early years of her career, she had no indication she was trans and couldn’t imagine the impact this hidden truth would have on her life’s journey. Soon after joining, she found herself stationed aboard USS Cape St George, a guided missile cruiser, where she deployed to the Middle East three times. While every deployment serves as an experience for personal and professional growth, it was the third deployment that would change her life forever.

On her birthday as the ship sailed through the seas of the Middle East, she received an American Red Cross message.  Her father was diagnosed with terminal lung cancer and her family requested her presence back in Oklahoma. The ship’s leadership immediately arranged to get her home so she could be present for her father’s final moments before he passed.

She rejoined her ship on deployment with the dark cast of her father’s death still at the forefront of her thoughts. Grappling with the loss of her father all-the-while maintaining combat readiness she had an epiphany: she should try women’s clothing! This was a shocking and bizarre idea, especially for someone who had been happy living as a man for over 20 years. Upon returning home, she did that just that with the help of her fiancée, Crystal, and discovered she liked it – she really liked it!

Through some research she found she identified as gender-fluid and adopted the name “Molly” for her feminine side. Knowing the ridicule and punishment cross dressing could bring she was extremely cautious about her double life. Fortunately, the LGBT-friendly neighborhood of Hillcrest was nearby and, as Molly, she went out almost every night to be liberated from her masculine side.

A few months later in June of 2013, she was assigned to instructor duty in Great Lakes, Illinois. In a new environment with many of her students and co-workers living in the same area, she felt uneasy about being her authentic self.  Unlike San Diego, there was no nearby LGBT community to give her a sense of safety or belonging. Instead, her now-wife, Crystal and she would make long drives to Evanston, miles away from the malls and tourist destinations frequented by sailors who could possibly recognize her. She began to notice that if she wasn’t Molly she would be irritated and easily agitated, much to the anguish of her wife. Balancing her secret feminine side while displaying the façade of the military ‘man’ she felt required to portray, she trained hundreds of students, earned her master training specialist qualification, and became the lead instructor for fire controlman apprentice school by the end of her three year assignment. Heading back to sea duty she was sent to Dahlgren, Virginia for additional schooling for senior enlisted supervisors. During this period, Crystal and Molly were staying on base at the Navy Gateway Inn which continued Molly’s feelings of restraint in expressing her true self.

It was at this time the ban for transgender service members was lifted. The policy was delivered in a mandatory all-hands assembly and along with the news came mixed reviews. Negative comments and mumblings were heard throughout the auditorium. It seemed some Sailors didn’t want to serve next to an “icky” trans person. Even her class of peers and friends had their own reservations. Molly did her best to educate her class about trans people and gender dysphoria. Unfortunately, it mostly fell on deaf ears which discouraged her from seeking transition under the new policy.

With school complete, she was again stationed in San Diego, this time onboard USS Wayne E Meyer. She reported onboard just a few weeks before a 2017 7th Fleet Deployment which took her along the coasts of East Asia. While deployed Molly became acquainted with her new shipmates and qualified in her new watch stations. Significantly, another epiphany struck: living as her authentic self only part time was not cutting it. It was depressing for her to put on male clothes, head out into town, and resist buying all the feminine clothing she had a genuine interest in while in South Korea and Singapore. She avoided taking pictures of herself, as she didn’t feel authentic while on liberty. She didn’t want to remember those times; she considered her masculine side to be a necessity for acceptability, but it was a disguise, and it had become an anchor weighing her down.

After returning home, she spoke to her wife about transitioning. Crystal was fully supportive. With encouragement from her wife, Molly went to her doctor and came out to them about the secret she’d been hiding for five years: that she was trans and wanted to transition. Her medical team was supportive, but unfamiliar with the process since she was the first person there to come out as trans. To make matters worse, the very next day was when the President tweeted.

Molly was devastated and scared. Her career had been a decade in the making and provided for her family. Horrified with what may happen, she sought mental healthcare to figure out a path forward. She determined her best course was moving forward with transition, even at the risk of being separated from the Navy. Receiving a diagnosis of gender dysphoria from the Navy, she developed her gender transition plan which was fully supported by her chain of command.

Before she could start hormone replacement therapy, she had another deployment, starting in January of 2018. This one took her to Guam, Malaysia, and Vietnam. She made the best of it, but it always felt like she was shadow of herself since she had to present her masculine guise. She again avoided pictures of herself on liberty but tried to enjoy herself during her time in ports regardless. She came out to her division and a few friends, all of whom were as supportive as they could be of her decision to live as her authentic self.

With the mission complete in April of 2018 she was more than happy to get home and start her transition plan. On April 20, 2018 she took her first hormones, beginning to align her body with her gender. This wasn’t the only life changing event at the time.  In June, the ship shifted homeport to Pearl Harbor, Hawaii; a massive evolution she helped facilitate. A few months after arriving in Pearl Harbor, the ship was tasked to South America. It was there, while conducting missions at sea that Molly seized the opportunity to share her story. Though a few folks took issue, most of the crew was supportive. It didn’t matter to her though - she was there and she was proudly serving.

Today, she still serves aboard the Wayne E. Meyer as the leading petty officer of her division. Her gender officially changed in the military and she’s full-time as Molly. She’s proud to report she completed her first deployment as her true self, including pictures. 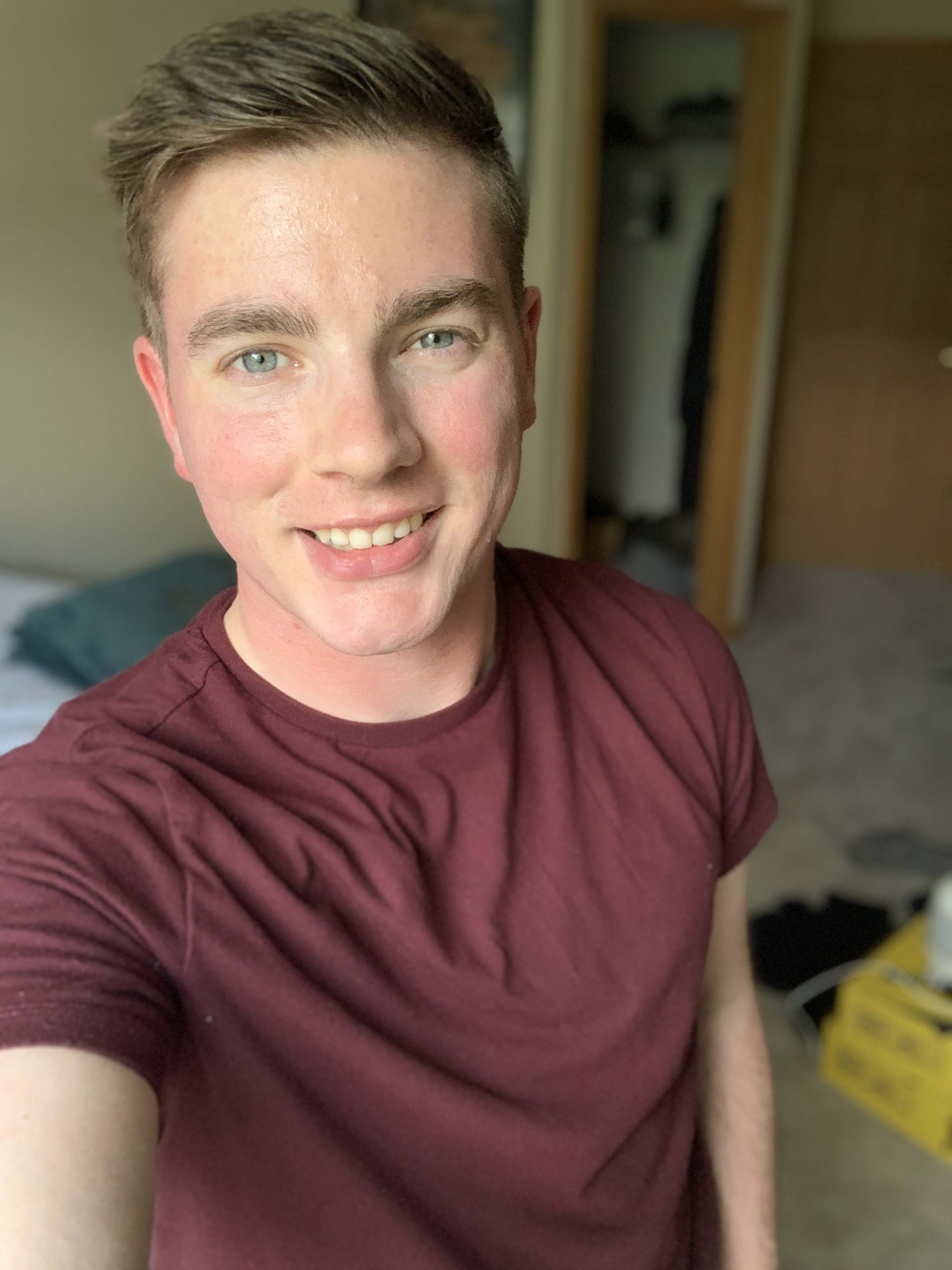