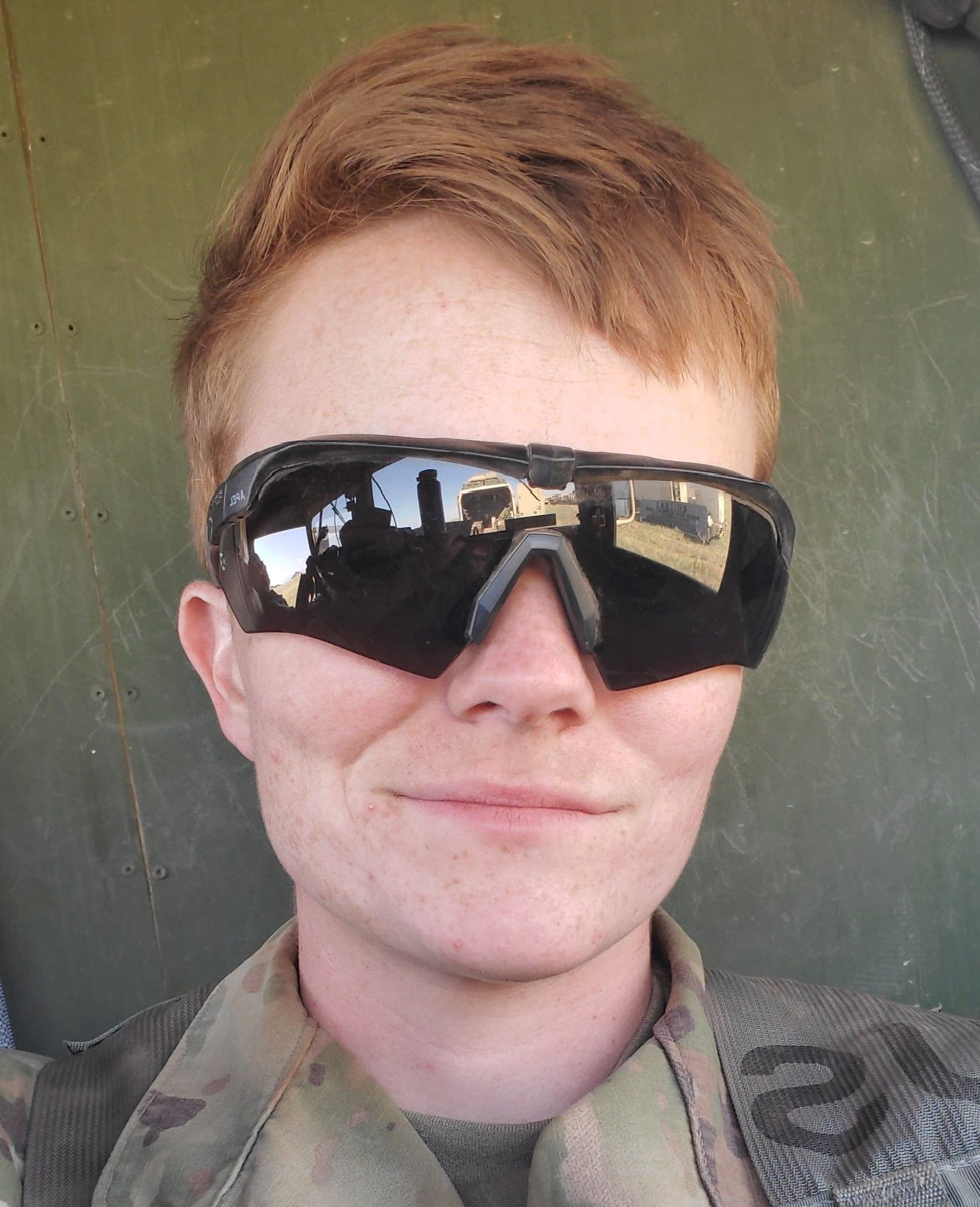 Editor’s note: Pronoun’s are used inconsistently at the request of the interviewee. Some transgender people use different pronouns when referring to their past.

Small towns are perfect for some, but others find themselves outgrowing their town and seek a way out. Sgt Liam Hodge-Aguirre grew up in Salisbury, Maryland but it never quite felt like home and he was ready to stretch his wings. However, small towns can be hard to escape. He turned to the Army for a helping hand and enlisted in late 2014. His first job was serving as an intelligence Analyst, stationed at Fort Stewart. But similarly to Salisbury, it wasn’t quite the right fit either so he changed career fields in the Army and retrained to become a Physical Therapy Technician. Currently he is stationed at Fort Carson where he works in a Brigade Support Battalion to provide care and treatments for musculoskeletal injuries for solders. Having found a job he loves, he is pursuing a Bachelor’s Degree in Sports Medicine with the aim of applying for a doctorate program as a Physical Therapist. In the meantime, he wants to keep taking care of soldiers and is applying for a spot in a Security Force Assistance Brigade

Growing up, Sgt Hodge-Aguirre was raised in a conservative Christian household and didn’t know what being transgender meant until she joined the Army. But from a young age, she didn’t identify with his birth gender. Her friends and family just assumed she was a “tomboy” but that didn’t fit quite right either. Maybe she was just a more “masculine” presenting lesbian?

It wasn’t until Liam got to Fort Carson and met her supervisor that the pieces clicked. Her supervisor there was transgender and as Liam got to know them, she realized that what they were saying made sense and put into words the feelings she had been having all her life.

His first step was to tell his girlfriend (now wife) what he was going through. She became his biggest supporter and has helped him stay grounded and navigate this “haunted corn maze of an adventure” they are on.

After coming out to her and building that first pillar of support, Liam came to his boss and shared his feelings with them. His boss directed him to share how he felt with his therapist but Liam was terrified. If he told his therapist that would be it; he would be admitting that he was trans. It would all become real.

That first encounter was terrifying but Liam persevered. Now he is proud to be transgender and has found that living his life authentically has made him happier, that he sleeps better, and that depression has become much more manageable. He has found allies in his unit that are, “fierce about protecting him and the other trans service members in his unit.”

For allies, his biggest tip is to not be afraid to stand up for transgender people when someone misgenders them. He hopes that as time goes on people realize that transgender service members are just people, people that are, “just trying to be the best “us” that we can be while we serve our country.” At the end of the day he says, “we are all people who need to be loved.”

However, since Liam came out after the 2019 Transgender Ban he hasn’t been able to take any real steps in his transition. His command has been supportive and respectful. They use to his correct pronouns but he still has to live as his deadname and adhere to female standards, rules and regulations because of the renewed ban on transgender service that began in 2019 but should be over imminently. That has been challenging for him. He has come far in accepting himself but can’t yet take the next step in his journey. He watched his friends transition and wondered when he will have the chance to live as his true self.

Editor’s Note: This is being published the day before the Biden Administration is expected to lift the ban on transgender service.

Author’s Note: SPARTA has worked tirelessly to ensure that Soldiers, Sailors, Marines, Airmen, and Guardians around the world are allowed to live their lives authentically. We look forward to a day very soon when Liam, and the countless others like him, are able to transition and find that peace that comes from being who you are meant to be.  Sgt Hodge-Aguirre has persevered and we hope that his perseverance is rewarded by President Biden and Secretary Austin and that they take swift action to remove the transgender military ban and work to ensure that every transgender person capable of serving is allowed the opportunity. 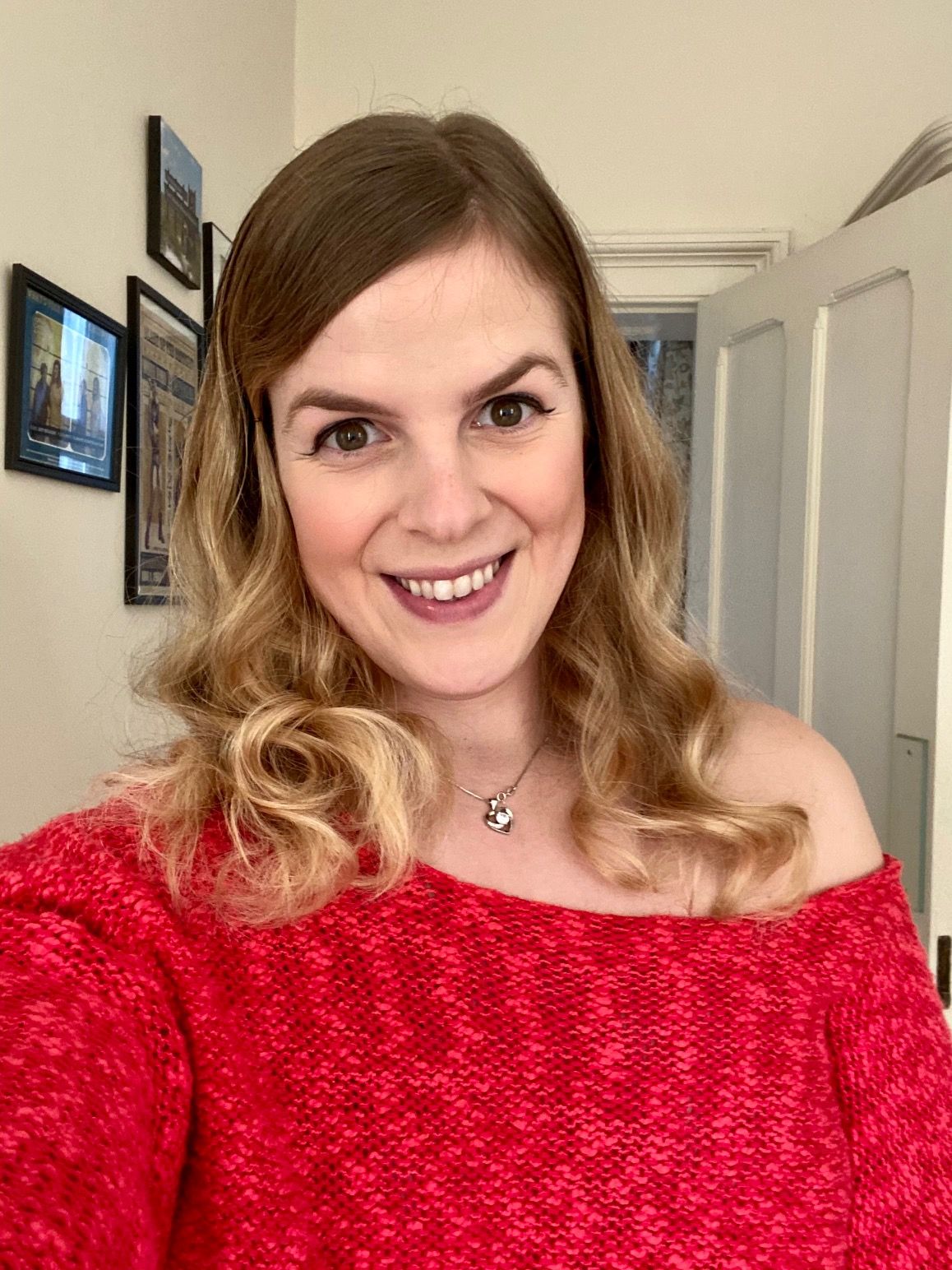 Joint Statement of Support for Reversal of Transgender Military Ban