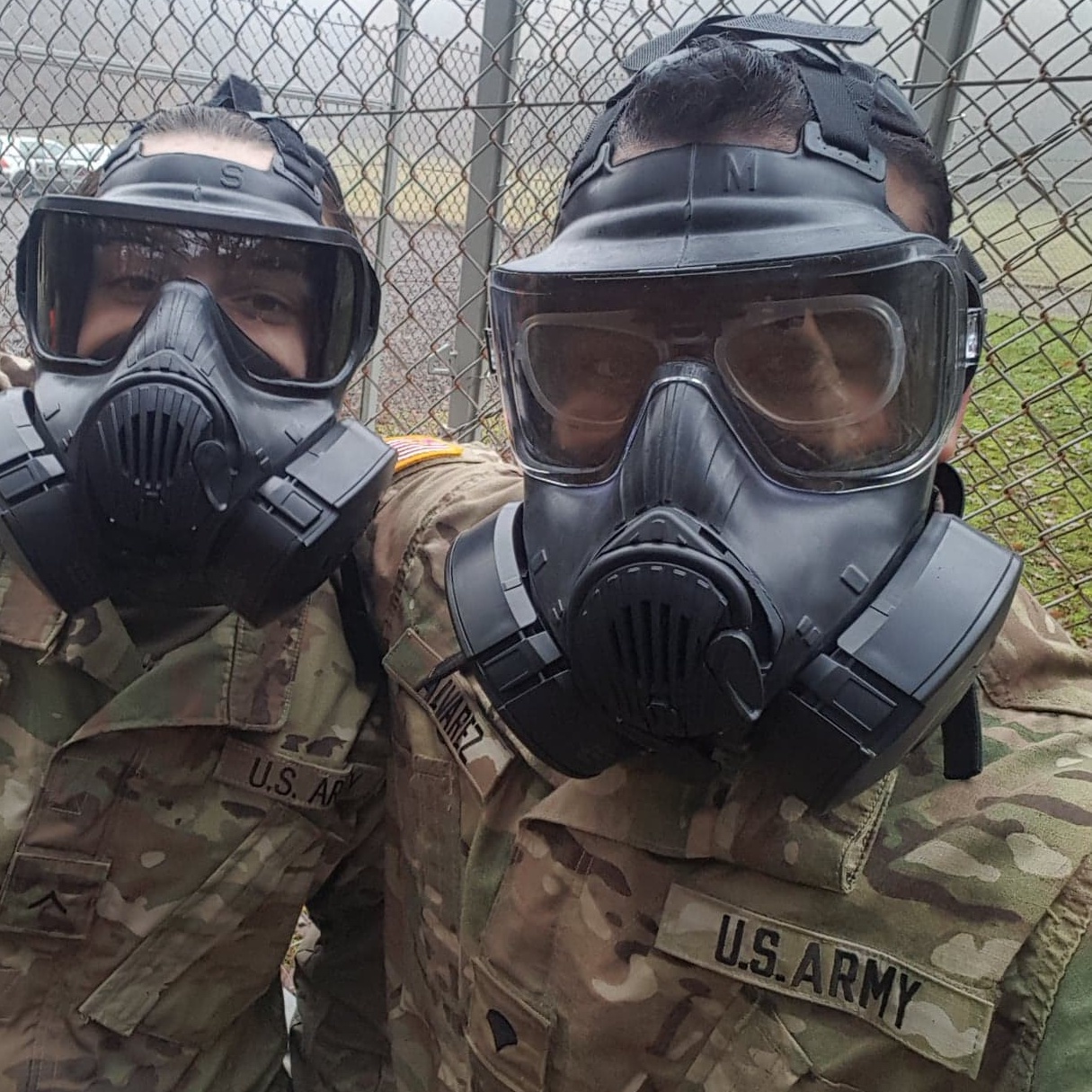 Sergeant Zane Alavarez built a façade on top of his life for many years, but it was beginning to slip. It was December of 2015 and Behavioral Health Services was throwing its Christmas Party at the Dwight D. Eisenhower Army Medical Center on Fort Gordon in Georgia. The party should have been an enjoyable time, but Zane was dreading the event. Soldiers had permission to wear their civilian clothes to the party so Zane was snappily dressed in jeans, a red striped button up with a Santa tie, and gelled up short hair. The problem was that the Army still recognized Zane as a female.

As wonderful as he felt presenting himself as the sharp-dressed man that he was, he also felt intense anxiety around the people he worked with at the clinic every day. At this party, surrounded by behavioral health providers, the mask he put on slipped just a bit too much to avoid notice. One of the resident Captains that he had been working with for several months was the first to notice and asked how he was doing. After a few moments, she suggested they go back to her office to talk. Though Zane tried to assure her that everything was fine, she knocked away his deflections and wouldn’t accept his protestations. She told him “I need you to forget about rank, just talk to me.”

Though he was fearful of her reaction and the consequences, Zane sensed opportunity and seized it. He came out to her as transgender. His worry turned out to be unfounded as the doctor surprised him by saying “I’m sorry that I’ve been referring to you by the wrong pronouns this whole time, you want to go by male pronouns, right?” With that, a rush of relief and a strong sense of hope for the future swept over Zane.

Zane was born into a military family in Rio Pedras, Puerto Rico in 1994, but calls Tampa, Florida his home. He signed a contract to enlist in the Army when he was 17 because he was so proud of what his relatives had done in the service and he wanted to follow in their footsteps. Now in his 6th year of service as a Behavioral Health Technician, Zane was recently transferred to the Headquarters Company of the 30th Medical Brigade in Sembach, Germany. After 6 months in the unit, the soldiers around him have been extremely respectful of his transition. Everyone refers to him with male pronouns and he’s treated like one of the guys; it’s a sense of camaraderie like he’s never had before.

Sgt Alvarez recently earned a slot in the Basic Leadership Course (BLC), the first course of study in the US Army Non-Commissioned Officer Education System, and hit the books and the gym hard to be in the best shape possible for the class. Despite his masculine appearance, his gender marker hasn’t changed yet and the Army still requires him to fall under female regulations until it does. Sometimes even Zane forgets that he’s still considered female, but the billeting situation at BLC reminded him quickly. Arriving at the Academy he immediately located the instructors and cadre to explain his situation and to give them the opportunity to ask questions. Though a bit confused at first after looking at him, they took the time to understand the situation, showed respect, and continued to ask questions to gain more knowledge.

Zane’s last day one hurdle was addressing the rooming situation. They were in buildings with a long hallway in the middle that had 6 rooms on each side, 3 soldiers per room, and the buildings were separated by gender. When everyone had arrived, Zane gathered his building together to address the awkwardness of this outwardly male individual in the female dorm. It was the first of many explanations, but throughout his time there his work ethic and attitude made more of a difference than anything related to who he was.

Before graduating BLC, Zane was pulled aside by one of his instructors to tell him how impressed he was with how Zane handled his situation and thanked him for the education he provided to so many of his fellow classmates. Additionally, Zane was informed that his academic efforts had paid off and he would graduate on the Commandant’s List. As he stood in formation, screaming the Non-Commissioned Officer’s creed at the top of his lungs, he recommitted himself to continued service and the education of his soldiers.

Q & A with SGT Alvarez

Q: When did you join the military and why?
A: I joined the military because it’s a family tradition. My Father, still serving today, joined in March of 1995 to better provide for his family and to better himself. My Grandfather served and retired as a COL. All of my uncles and aunts from my father’s side served. I wanted to do the same. I looked up to my Father so much, I wanted to be like him.

Q: What are your career goals?
A: Recently I attained the rank of Sergeant, so my goal is to be the best leader and example for my future soldiers. I want to finish my degree and apply to the Masters of Social Work Program to commission and become a Social Worker in the Army.

Q: What do you want people to know about transgender members of the military?
A: We all voluntarily signed up. We all stood there proudly raising our right hand and said the Oath of Enlistment with conviction. We all want to be here to fight for our country and to protect the people we love.

Also, everybody’s transition is different; there is no set plan or way to do it. We are all still human, we all have feelings, we all have goals and we all want to be loved.

Q: What can allies do to support the trans military community?
A: Biggest thing is to treat us like any other service member serving alongside you. Ask questions, don’t assume. The majority of us are open about our transition and want to educate others. 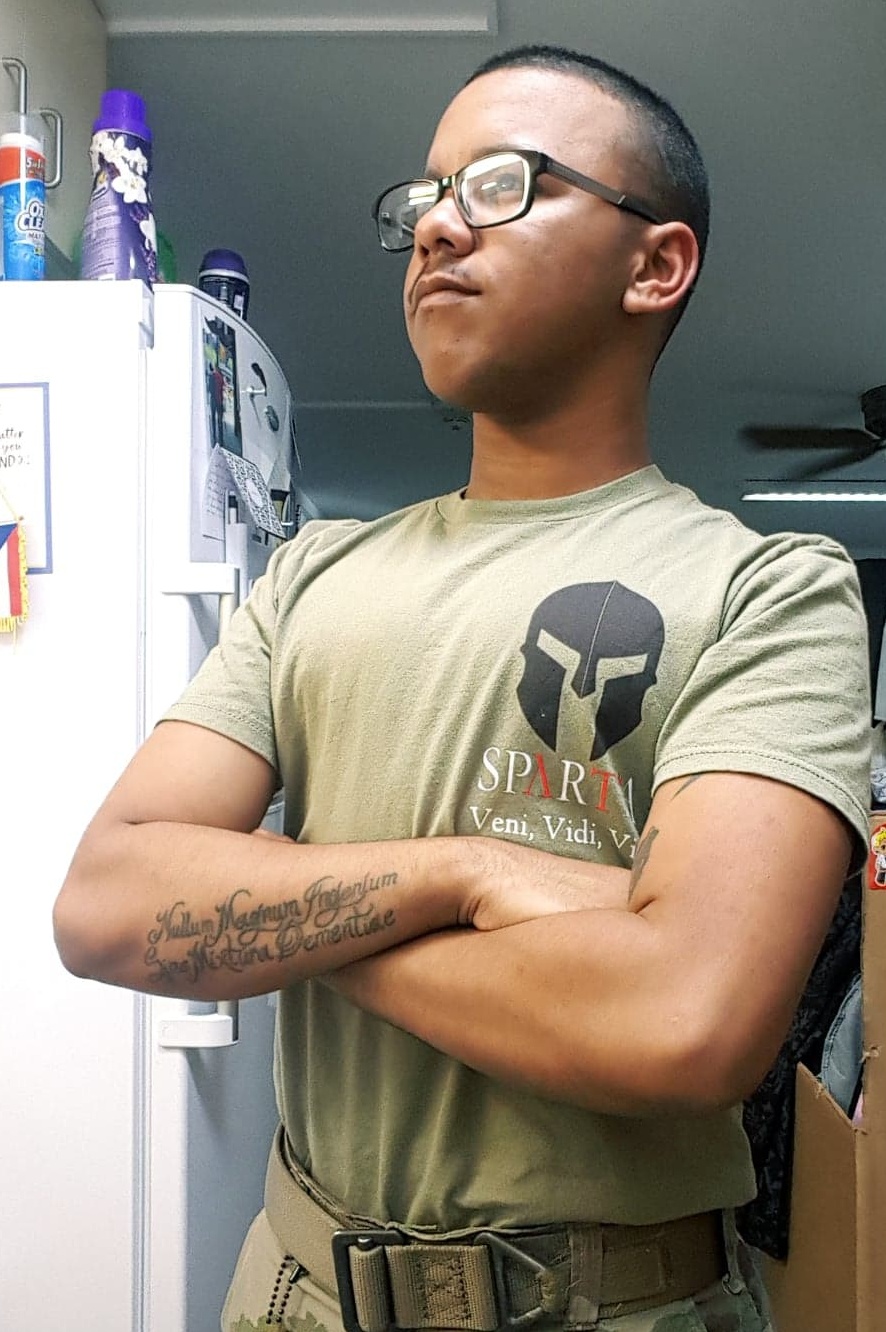