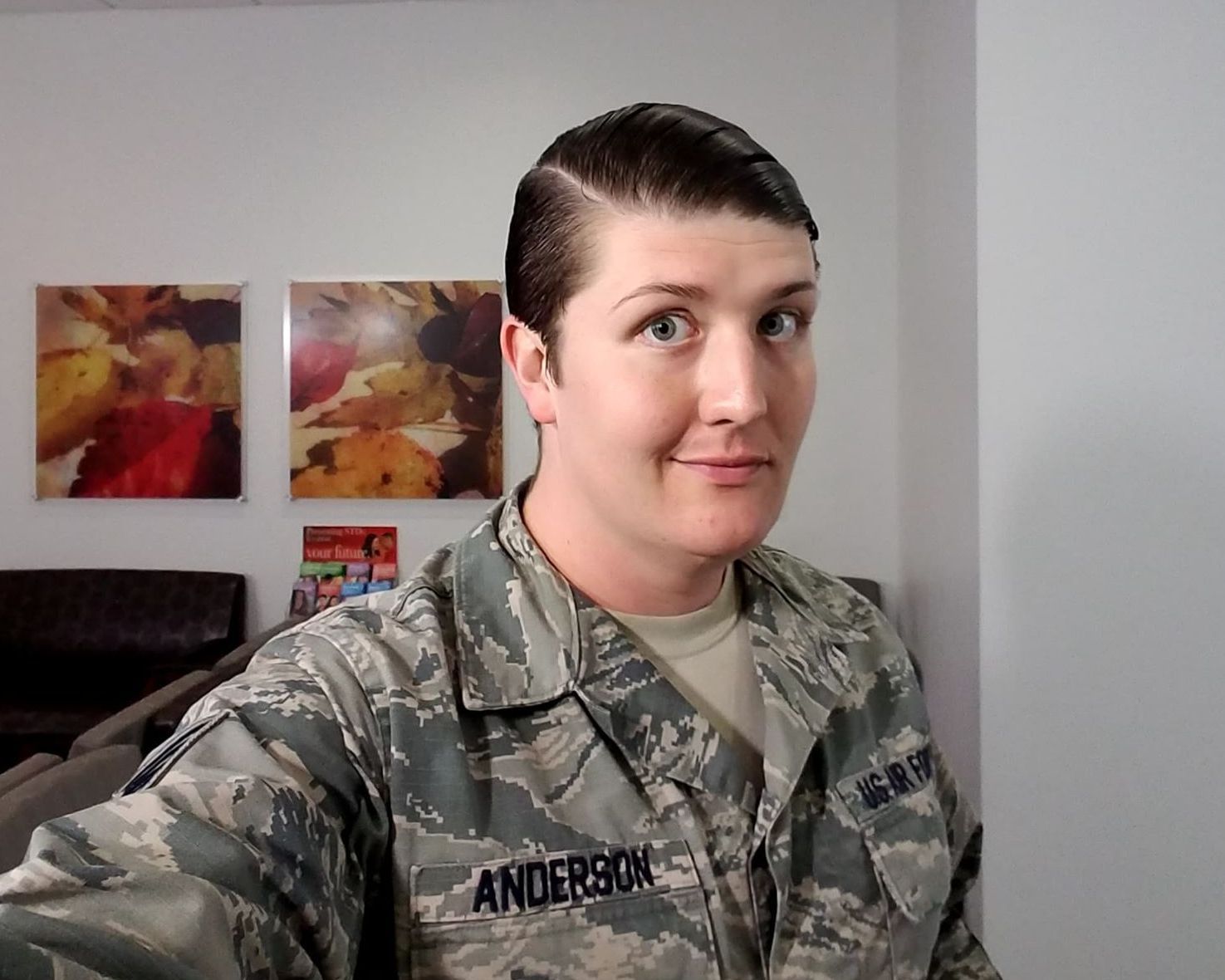 Rumor spread like wildfire about Staff Sergeant Aylanna Anderson.  She was the crusading Non-Commissioned Officer handing out formal reprimands and derogatory paperwork like cheap Halloween candy.  She’d lash out at any Airman who looked at her strangely, mentioned her looks, or made a snide comment… or so the story went.

An Avionics Electronic Warfare Technician, Aylanna had recently moved from Kunsan Airbase in Korea to Davis-Monthan Air Force Base in Arizona, and the fact that she was transgender wasn’t the only thing that made the move with her.  Unfortunately, someone she regarded highly in Korea had started spreading vicious and false stories about her and she had no idea it was occurring.  The matter came to a head when she was pulled aside by her team lead to discuss an Airman she would be supervising.  The airman had told the team lead that he didn't "believe in transgenders" and didn't want his "Christian upbringing to clash with [her] 'lifestyle choice'" and that he thought she was going to "unfairly single him out" because "she’s one of those people you see on YouTube".

It was interesting that the Airman brought up YouTube, because that was a big part of Aylanna coming to terms with who she was.  Aylanna grew up with dreams where she was a girl, but could never place why that was one of the few things that made her happy. She didn't even know that being transgender was something someone could be.  After joining the Air Force she went through several cycles where she’d buy a new feminine wardrobe and then throw it all away in shame.  After her last purge in 2018, she was badly hurting and it was affecting her job performance.  She broke down and decided to Google “How do you know if you're transgender?”

She watched video after video on YouTube hoping to spot the evidence that would tell her that she couldn’t possibly be transgender.  She didn’t find it and spent much of the night bawling as the reality of her situation unloaded itself on her.  Soon afterwards, she made an appointment with the base JAG (lawyer) to discuss what would happen if she came out, expecting to be told she’d lose her career.  To her surprise, the JAG told her that there really weren’t any negative consequences*.  Two months later, after medical evaluation, Aylanna began her transition.

Aylanna was pleasantly surprised by the reaction of her fellow Airmen.  Recalling the early days she said “not only was everyone okay with me, but they were respectful and, unprompted, started calling me ma'am and gendering me properly!” She was treated like any other valued member of the team and even given some short notice, high priority, tasks to ensure aircraft were operating with the latest electronic countermeasures up and running.  Then came the move back to the US.

After Aylanna’s redeployment from Korea back to the states, getting word about the Airman’s concerns was her first real bump of transition-related adversity. She kept her cool and probed for context, discovering what was going on with the rumor. She understood her Airmen may have been fearful of her because they heard she was giving out Letters of Reprimand to anyone who misgendered her. That was far from the truth.

Aylanna called the flight together at shift change and addressed everyone to dispel the rumor.  She covered the regulations that would have forbidden that action and explained that she would always respect them and never give them a reason to not respect her.  They had a common issue to devote their energy to: the mission.  The very next shift, the same airman that was so sure that caused the senior NCO to pull her aside greeted her saying "Excuse me, ma'am. I was wondering if you could help me with something that I don't understand."  From that point forward, it’s been smooth sailing as the entire flight works together to keep aircraft flying.

* Editor's Note: SSgt Anderson transitioned before the implementation of President Trump’s ban on transgender service members. Luckily, she’s considered “Exempt” and her stellar career can continue along with the other approximately 1,500 Exempt service members; however, the remaining 13,500 transgender service members could face discharge if they come out and need to transition. If you are currently-serving or considering joining the U.S. military and are transgender, please contact us at inquiries@spartapride.org prior to coming out so we can help you navigate the process.

Q & A with SSgt Anderson

Q: Why did you join the military?

A: I shipped out to basic training the day after Thanksgiving in 2012. I saw my life spiraling downward and, honestly, I probably would have ended up in prison by now if I hadn't walked into my local recruiter's office.

A: I'd have to say that my resilience comes from my philosophical approach. I don't demand respect, but I command it through my actions. I won't lie, sometimes I break down and reach out for help. But I find strength in other members of SPART*A who make time for me, in my other friends, and in the people that I meet through volunteer work around base.

A:Transgender is an adjective and not a noun. We don't define ourselves on the fact that we are transgender, but on the pride of purpose we put into our jobs.

A: People can quash negative speaking about trans members. We aren't really different from anyone and all we want is for the norm to become acceptance. We know that there are negative opinions about everything, but a simple "That's not okay" to a negative comment is enough to stop that trend.

Q: What does SPART*A mean to trans service members?

A: We are here to help them and support them because this roadblock can't last forever. We are still fighting for their right to come out and feel complete as a person.