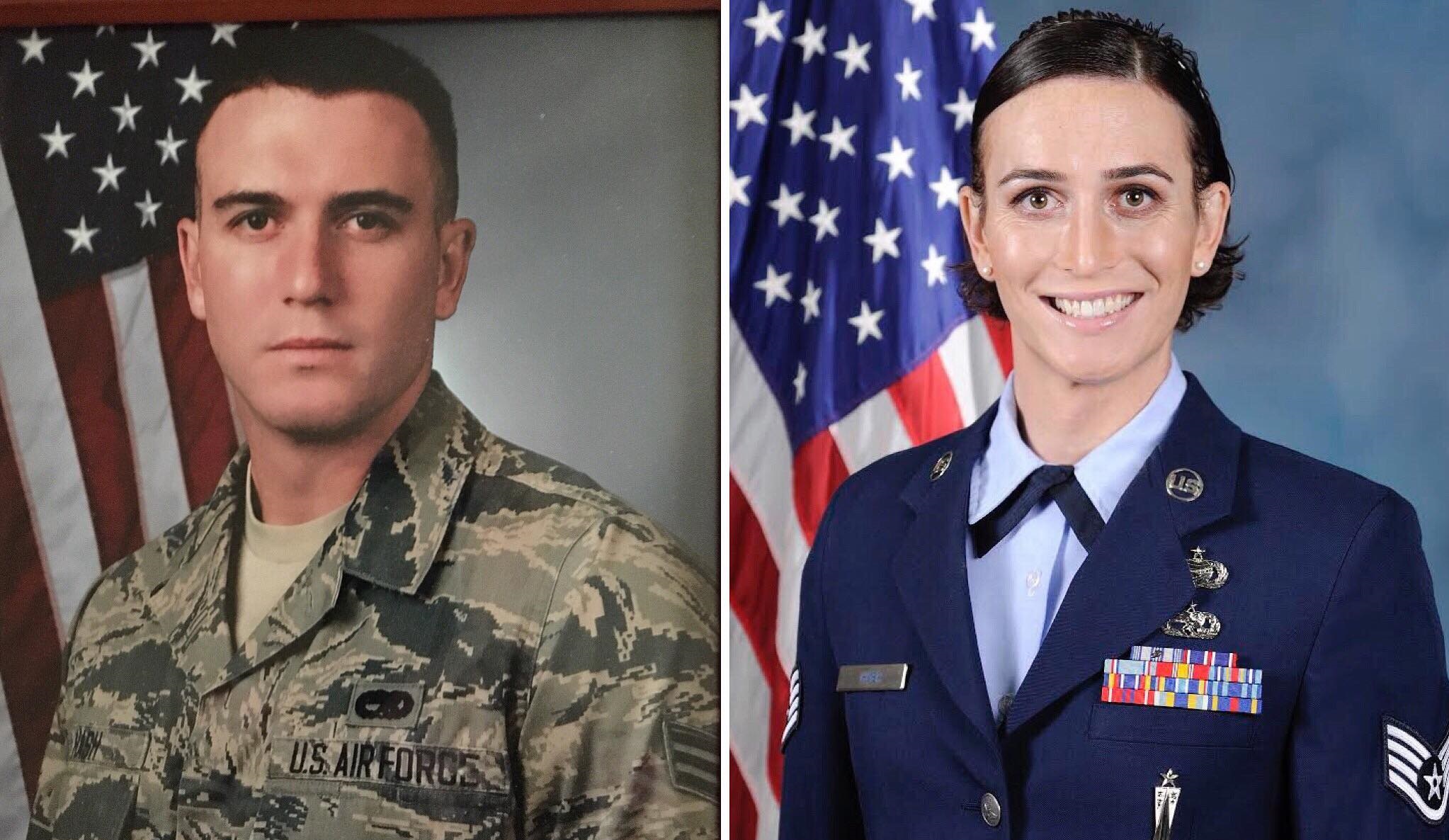 Technical Sergeant Jamie Hash doesn’t like to crow about her accomplishments, she’d rather keep her head down and let her performance speak for itself. Her problem is that her performance doesn’t just speak, it roars. Her litany of accolades includes multiple Non-Commissioned Officer of the Year awards, Volunteer of the Year, 6 quarterly awards, numerous team awards, and many more. She was promoted to Senior Airman ahead of her peers and achieved the ranks of Staff Sergeant and Technical Sergeant at her first opportunities. In seven short years of Air Force service, TSgt Hash has consistently exceeded the standard and been recognized for excellence again and again.

Jamie entered the Air Force in 2011 as an Aircraft Armament Systems Technician working on F-15E Strike Eagles. Several years later, during a deployment to Southwest Asia where the aircraft she armed were flying every day against ISIS, Jamie contemplated her future as the end of her first term of enlistment approached. Her thoughts led her to finally accept herself as a transgender woman, not the man that the external world believed they saw. She knew that once her enlistment was up, she would have to make the daunting decision of either separating to come out and begin transitioning or continue living in the closet. She chose continued service.

Though she was recognized repeatedly for outstanding performance, Armaments wasn’t her calling. Jamie retrained as a manpower analyst and moved to Joint Base San Antonio just as the possibility of open transgender service started to gain credibility. Perhaps the choice she made to continue her service wouldn’t be as limiting as she thought. Serving as her authentic self would truly be the best of both worlds. In the fall of 2016, several short months after the Secretary of Defense announced that transgender people would be allowed to serve openly, Jamie came out to her leadership.

Though she was still nervous, Jamie’s Commander and Senior Enlisted Leader had created an environment of inclusion, dignity, and respect that allowed her to face them without fear. Jamie described the result of the conversation as a “refreshingly underwhelming experience” because they proved true to their culture. She came out to the rest of the unit during the transgender awareness training session. The unit rallied around her and provided unflinching support to one of their star performers.

Through assistance with other training events, speeches, and public appearances following the President’s tweets against transgender service, Jamie began to feel as though she was performing under a microscope. Her career field manager and many high-ranking officers got to know her on a first name basis while she continued to excel. She embraced her role and stated that “I know that whenever I am recognized for my performance, it’s not just for me; it’s also for the entire trans military community.”

Jamie’s service, and legacy of excellence, continued to win allies and influence people regarding the value of transgender service. A member of Jamie’s unit attending Airman Leadership School was dismayed with the misinformation being passed around regarding trans service. Working with Jamie, she educated herself on the issues and addressed them with her classmates thus spreading Jamie’s influence well beyond her home station.

Back home, Jamie was leading a study to quantify the functional workload and determine the future Air Force requirements for Security Forces manning. Twelve experts were brought in to represent the Air Force Major Commands and for the most of them Jamie was the first trans person they had heard of or met. When the workshop ended, several of them approached her to let her know that she had changed their opinions about trans military service and Jamie was 'coined' for her outstanding work.

Currently, Jamie is wrapping up a Master’s of Science in Organizational Performance Improvement and wants to utilize that education to make the Air Force more efficient. Coming out and living openly and authentically has strengthened her relationships with her wingmen and has enabled her to serve without limits. She’s been nominated for several more annual awards while continuing to be heavily involved in the community since being named to the San Antonio Mayor’s LGBTQ+ Advisory Committee.

Service or self is no longer a question for Tech Sergeant Hash, she’s that rare individual who gets to have her cake and eat it too. Jamie is fully committed to her Air Force family and hopes to serve for a long time to come.

Jamie Hash at her promotion to Technical Sergeant

Q & A with TSgt Hash

A: My next step is to try and make Master Sergeant first time or trade in my stripes for brass and attend Officer Training School. I am closing in on earning a Master’s of Science in Organizational Performance Improvement (currently 4.0 GPA) and after I obtain my Continuous Process Improvement Green Belt, I will be pursuing a Project Management Professional Certification.

A: I go running, I play soccer with the JBSA team, I volunteer with multiple LGBTQ+ organizations, I spend time with my partner and friends, and I try to express gratitude for what I have in my life on a daily basis.

A: I have had the opportunity to give transgender awareness training to many organizations, and I tell people that we aren’t special. We’re just like any other service member; what we need is nothing out of the ordinary. We may seek medical intervention for transitioning, but the vast majority of service members will require medications or procedures at some point in their careers. The only difference is that we have an extra hurdle to go through with being open about our medical treatment and obtaining our commander’s approval.

I believe transgender service members are more resilient, because we all have to be publicly vulnerable and authentic in the face of potential judgment in ways that the majority of other military members do not go through.

Since I’ve been able to be my true self at work, I have been more engaged and outgoing, and I have excelled professionally and personally. It has actually helped me get closer to many of my fellow Wingmen and it has bonded us more as a team.

A: Allies are so important, and I am so thankful to serve with some great ones. I believe a great ally is someone who takes the time to become informed, but then also goes above and beyond to educate others and address misconceptions. 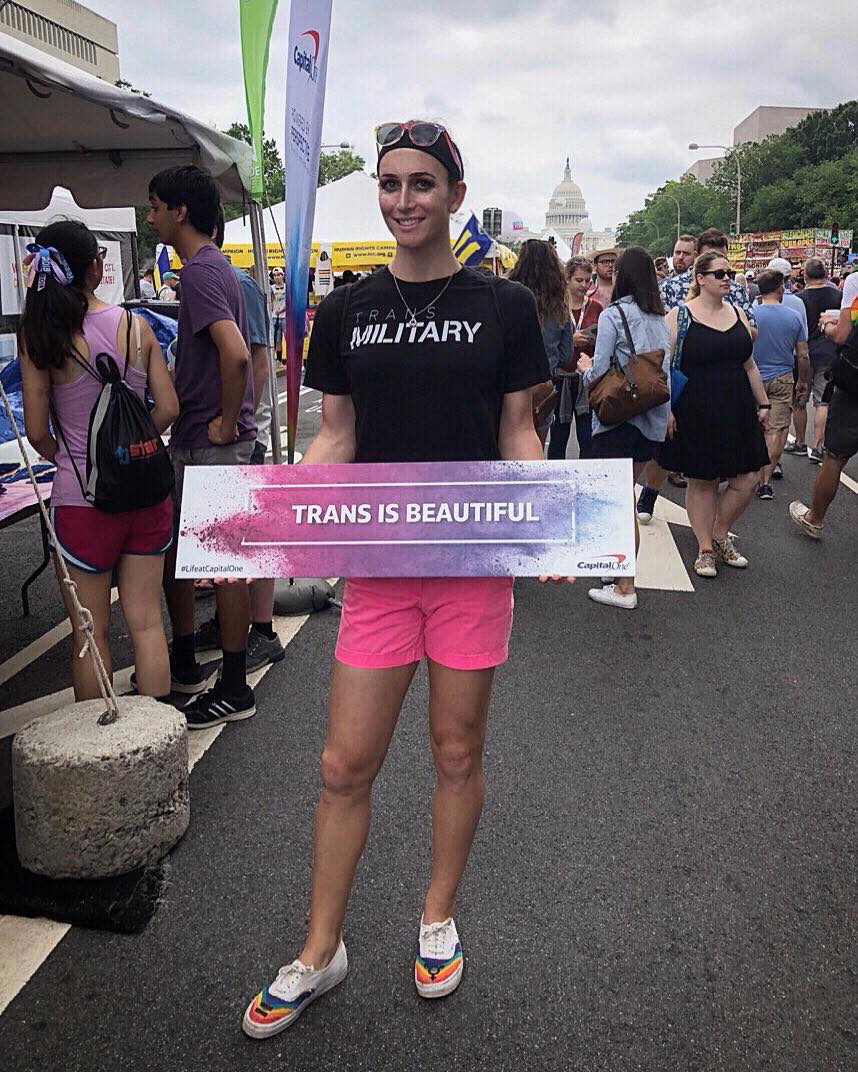 Still Here, Stronger Than Ever