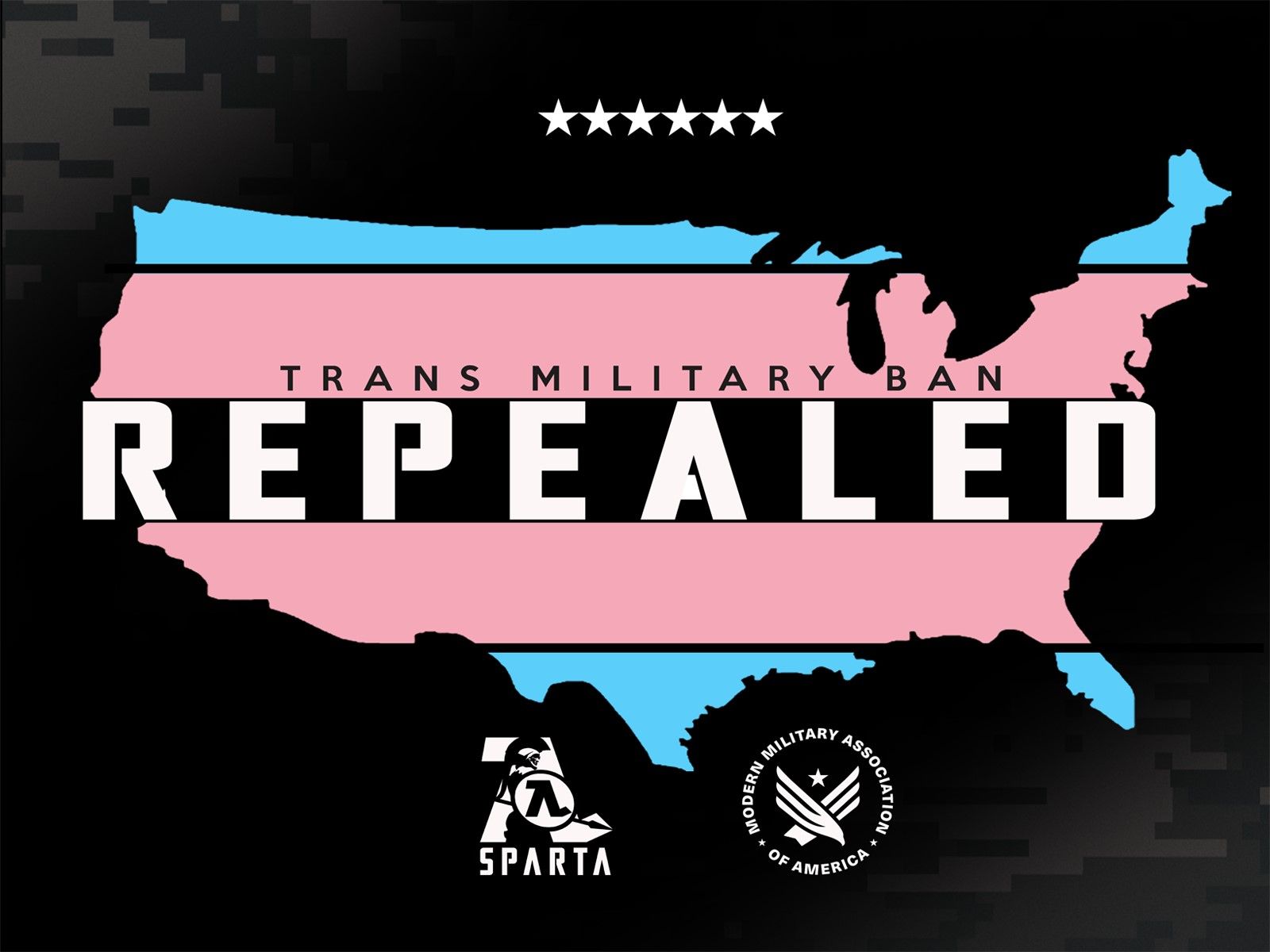 Joint Statement of Support for Reversal of Transgender Military Ban

“President Biden’s restoration of open service recognizes transgender service members as an integral part of our military and closes a dark chapter of history,” said Emma Shinn, President of SPART*A and a Captain in the Marine Corps. “I am elated that the approximately 15,000 transgender service members proudly serving across the globe can rest easier knowing that their service to our nation is seen, valued, and that they can continue to serve as their authentic selves.”

“President Biden’s action to reverse the ban is a tremendous victory for inclusion in the government’s most diverse organization,” said Jennifer Dane, MMAA Executive Director and Air Force veteran. “The move enhances national security by allowing otherwise qualified Americans to serve their country and for transgender people already serving to reach their full potential.”

The missions of both organizations are centered around the premise that military service should be determined by an individual’s capabilities and qualifications to serve, not one’s gender identity, sexual orientation or any other discriminatory factor. As such, SPART*A and MMAA agree with the former Surgeon Generals of the Army, Air Force and Coast Guard who recently made clear that the transgender military ban has harmed military readiness by “compromising recruitment, reputation, retention, unit cohesion, morale, medical care, and good order and discipline.”

Once policy directed by this executive order is implemented, transgender recruits will be allowed to join the military. In anticipation of this repeal, SPART*A has hosted a group of over 300 individuals that have been preparing to join at the earliest opportunity.

“Reversing this ban is a victory for all Americans. President Biden has given the gift of opportunity to thousands of individuals who will use it to serve the country they love,” said Bree Fram, Vice President of SPART*A and a Lt. Col. in the U.S. Air Force. “A military without the talents of transgender service members should be just as unconscionable as a military without African Americans, women, or lesbians, gays, and bisexuals.”

“While we celebrate this momentous victory for a second time, our biggest hope is that this reversal becomes codified into law like the repeal of Don’t Ask, Don’t Tell, to ensure this never happens again” said Dane. “Any individual qualified and capable of joining the military should have the right to serve, period.”

SPART*A is a 501(c)(3) non-profit organization not affiliated with the Department of Defense. Membership is open to transgender individuals currently serving in the United States Armed Forces. Find out more at https://spartapride.org/

The Modern Military Association of America (MMAA) is the nation’s largest non-profit organization for LGBTQ service members, military spouses, veterans and allies. Formed through the merger of the American Military Partner Association and OutServe-SLDN, MMAA is a united voice for the LGBTQ military and veteran community. Find out more at www.ModernMilitary.org

We never gave up on our service, never faltered in our patriotism, and stayed true to the values of Honor, Courage, and Commitment. Transgender service members have proven our resilience will outlast those who seek to see us fail.

When I look at our transgender service member’s accomplishments over the past two years, I see dedicated people earning promotions and awards, completing training and deployments, and ascending into positions of leadership, including command. In short, the very same things all motivated service members do, day in and out. It most certainly does not describe a group of people who are unfit to serve. I’m proud of the accomplishments, leadership, and adaptability I’ve seen in my transgender colleagues and friends.

The end of the ban is in everyone’s best interest.  It allows highly qualified service members to continue serving, free of distractions, and opens up the candidate pool to a group of people who have a great willingness to serve and have shown their ability to overcome adversity.

Disclaimer: The views expressed in this release are those of the individuals and do not reflect the view of the Department of Defense or their respective services.