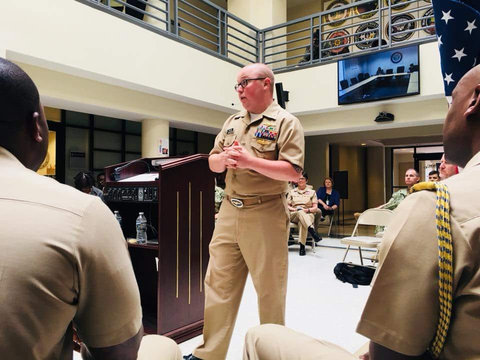 “The military is strongest when each of us is able to be our truest self” said SSG King. “I have seen first-hand how diverse, authentic teams are more cohesive and more productive. Each of us should be judged on the merits of our achievements, not based on who we are.”

LCDR Dremann said that “sharing his path and accomplishments with the committee, will show that transgender service members bring value to the military and contribute every day to the readiness and lethality of our country's military.”  He noted that “by codifying nondiscrimination, we focus on the capability of our service members. The military has long been on the forefront of inclusion without sacrificing any ability to accomplish the mission.”

According to HM3 Wyatt, “diversity is a basic characteristic of human society and transgender Americans are a reflection of that in our military.” She noted her desire to show transgender service members join and serve for the same reasons as everyone else.

CPT Stehlik notes that “in the increasingly complex operating environment, the Armed Forces need to recruit and retain the most qualified individuals possible. I am proud to be able to share why my continued service as a transgender woman, along with that of so many other trans people, increases the readiness of our Armed Services.”

CPT Peace said she’s “thankful for the opportunity to inform lawmakers about what transgender military service looks like from the perspective of a former company commander and career Soldier.”  She also expressed hope for the future, stating “the defense of our nation is strongest when we judge our service members based solely on performance and potential, and allow for all Americans who are qualified, capable, and willing to serve.”

Military history repeatedly demonstrates the value of including diverse groups. Since the end of World War II, the U.S. ended military discrimination on the basis of race, gender, sexual orientation, and, in 2016, gender identity. Each time, the newly-integrated group faced the same arguments transgender service members face today:  that they were a threat to unit cohesion, military readiness, lethality, and affordability. Time and again, the accusations proved unfounded and our military proved stronger. Transgender service members have demonstrated the current allegations are just as baseless and that open service adds value, increases effectiveness, and aids in mission accomplishment.

SPART*A appreciates this opportunity to showcase some of the best and brightest our military has to offer, who just happen to be transgender.

More information may be found at www.spartapride.org.