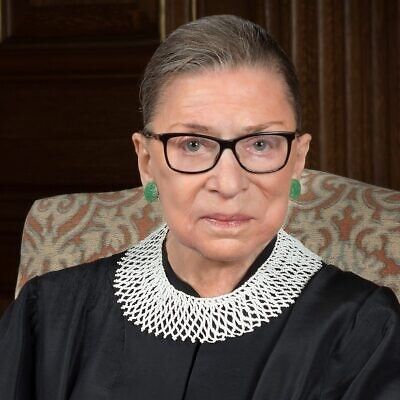 WASHINGTON, D.C. — SPART*A mourns the loss of Justice Ruth Bader Ginsburg today. A legal giant, brilliant mind, and amazing advocate, Justice Ginsburg had an outsized impact on military policy, particularly for women’s equality. In 1973, she argued before the U.S. Supreme Court for female service members to receive the same benefits as males. In 1972, she successfully argued for women not to be forced to either terminate their pregnancy or give up their military career should they become pregnant while serving on active duty. Confirmed as the second female Supreme Court Justice in 1993, she later became a critical voice in determining that love is love and that everyone should have the right to marriage. As one of only four women Supreme Court Justices, her example continues to lead thousands of people in their fight for equality under the law.

“Justice Ginsburg’s resilience, grit, and determination are guideposts in my own work as a lawyer and Marine Corps officer. My continued service today is due in no small part to her efforts. Now, it’s our turn to take on the mantle of working towards justice every day,” said Emma Shinn, President of SPART*A, the nation’s largest organization of actively-serving transgender military members.

Justice Ginsburg’s fight against discrimination on the basis of sex is of critical importance to transgender people today, who saw the impact of her work in this year’s ruling that employment protections against sex discrimination necessarily also protect transgender people. Her legacy of equality and myriad accomplishments are something of which we can all be proud.