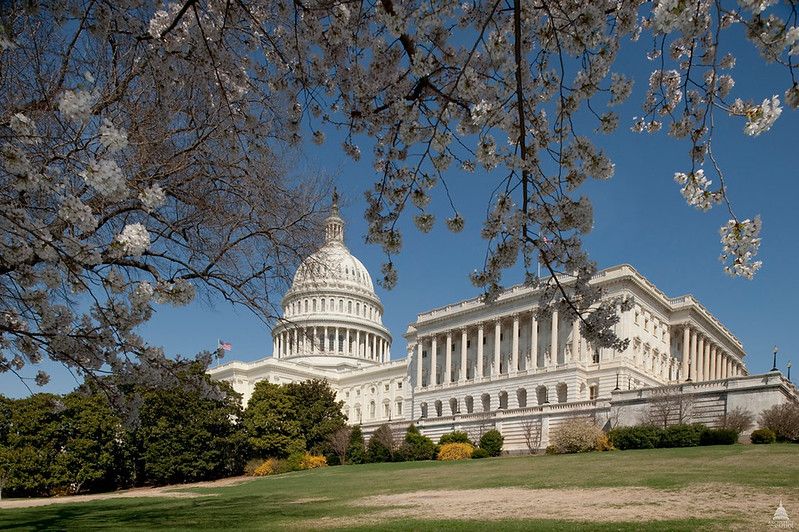 Photo Credit: Architect of the Capitol

WASHINGTON, D.C. — Today SPARTA, the nation’s leading transgender military service organization, announces its legislative priorities for 2022. SPARTA and other advocacy organizations have long sought the codification of the opportunity to serve in the military regardless of gender identity or any other category that doesn’t have any bearing on an individual’s ability to serve. In one of his first statements as Secretary of Defense on Jan 25th, 2021, Lloyd Austin made the same point that “all transgender individuals who wish to serve in the United States military and can meet the appropriate standards shall be able to do so openly and free from discrimination.”1

Despite the position of the current administration, without legislative changes a future president could reinstate discriminatory policy with an executive order and turn back the clock on transgender service. SPARTA believes legislative action is required to ensure this nation will be able to attract and retain the best and brightest who are willing to serve. SPARTA calls upon Congress to pass an updated version of the ‘Truman Amendment’ that would enshrine into law the opportunity to serve for transgender and intersex individuals.2

“We believe this year is the best opportunity that we’ll have for quite some time to make meaningful change,” said SPARTA’s Acting Communications Director Alleria Stanley, a US Army Staff Sergeant. “Not only do we have the renewed examples of so many transgender troops serving honorably and openly, but we also believe we have the support necessary in congress to ensure it stays that way.” In order to make the case, SPARTA will be bringing approximately thirty  transgender service members to Capitol Hill to speak with legislators on June 8th.

“I’m looking forward to speaking with my representatives, because I want to emulate the example of the first, but not the last transgender service member,” said Melody Stachour, SPARTA’s Community Relations Director and a Chief Petty Officer in the Navy Reserve. “Thanks to nearly six years of open transgender service, we’ve seen the military grow stronger and more inclusive and I’m excited to help Congress understand how that’s become a reality for service members everywhere.” SPARTA believes the examples of their service will be a powerful indicator of the value that transgender troops bring to their units and the military at large.

Questions concerning SPARTA’s lobbying efforts or requests to speak with participants can be directed to inquiries@spartapride.org

In other news, SPARTA’s Board of Directors unanimously reelected Bree Fram, a United States Space Force Lieutenant Colonel, to a second term as President and Board Chair. Bree’s primary focus for the year will be SPARTA’s efforts to pursue legislative change that guarantees the opportunity for transgender people to serve. Her other priorities remain opening the door to inclusive non-binary service policy, streamlining access to care for transgender service members, and reducing the administrative burden on troops and their commanders in relation to gender transition. She’s also excited about continuing the work that has been done in the past year to normalize transgender policy within the Department of Defense and the inclusion of transgender service members in developing that policy.

“I couldn’t be more thrilled than to continue working with the amazing SPARTA team on ensuring an inclusive military that allows every individual and every team to reach their full potential,” said Fram. “I’m confident that the work we are doing is developing a stronger military; one that soon will be hard to think of without considering the contributions of transgender service members as invaluable.”

Fram has also recently been honored by the Department of the Air Force (DAF) as their 2021 Volunteer of the Year primarily for the work she’s done supporting transgender service members through SPARTA and the DAF’s LGBTQ+ Initiatives Team. Fram was also named “2021 LGBTQ+ Engineer of the Year” by Out to Innovate. Out to Innovate recognizes lesbian, gay, bisexual, transgender, and queer professionals in science, technology, engineering, and math (STEM).

From Out to Innovate’s announcement:
“The LGBTQ+ Engineer of the Year Award recognizes someone who has made outstanding contributions to their field and recognizes the awardee for sustained contributions in design, production, management, or research. Lt. Col. Bree Fram has been an active service member since 2003 and is currently in the United States Space Force. Fram is currently responsible for developing the policies used by the Space Force to develop, build, test, and deliver critical joint warfighting capabilities as the Deputy Division Chief for Acquisition Policies and Processes
supporting the Assistant Secretary of the Air Force for Space Acquisition and Integration.”

For more information on the award, please see www.noglstp.org