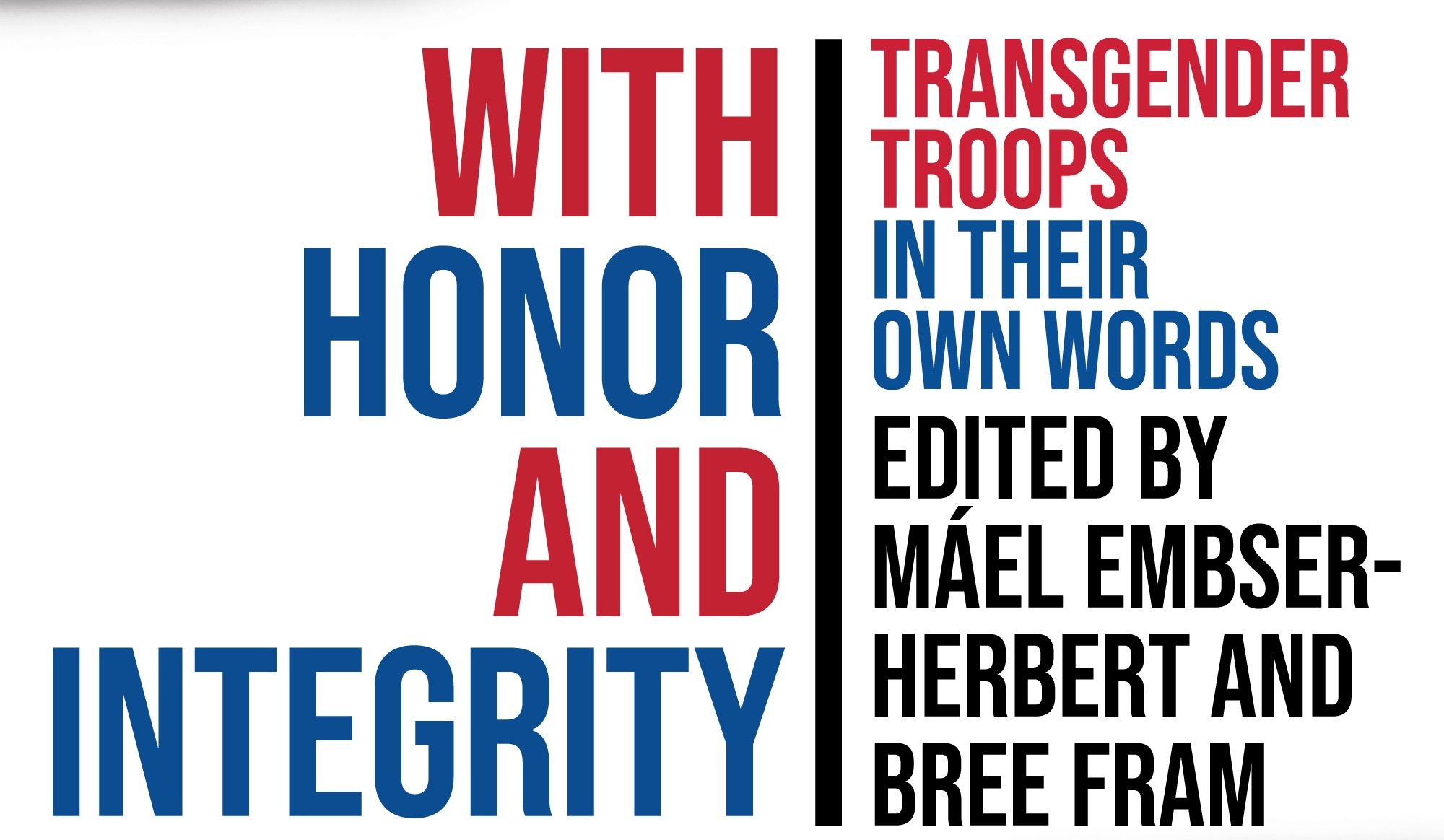 WASHINGTON D.C. -- SPARTA is thrilled to announce the release of With Honor and Integrity: Transgender Troops in Their Own Words from NYU Press on November 9th. The book highlights the challenge, sorrow, and joy that transgender service members have gone through in the past few years. At times funny, poignant, and inspiring, the stories of service members are important to understanding the humanity of the transgender military experience.

The book reveals the hidden history of transgender military service, explores the years following the repeal of Don’t Ask, Don’t Tell, and describes the battle for open transgender service. “This history is a great first-look at some of the heroes and moments that led us to open service,” said co-editor Bree Fram, a Lieutenant Colonel in the US Space Force and current President of SPARTA. “Today’s transgender service members have a chance to serve authentically and fully dedicate themselves to their military mission thanks to the courage and the selflessness of those who fought for their opportunity.”

The stories offered by twenty-six military members are the heart of the book. “I sought to create a space for trans military personnel to tell their own stories; rather than their voices being filtered through another” said co-editor Máel Embser-Herbert, a sociology professor at Hamline University. “I strongly believe that hearing first-hand from those who, despite the challenges, have chosen to serve has much greater potential to effect social change.”

SPARTA believes this book will help drive the conversation around transgender service members and advance the strategic goals of this organization. SPARTA is committed to seeing the opportunity for transgender military service enshrined in law so service members no longer have to worry about their ability to serve from one administration to the next.

Humanizing transgender service members, as these stories do, is also critical to showing the value of a diverse and inclusive military. SPARTA hopes these stories inspire future service members as well because our military needs the best and brightest this nation has to offer. “You never know who’s reading the story or who needs to hear it,” said Tyler Billiet, an Air Force Technical Sergeant and story contributor.

Additional Statements from SPARTA members on why they contributed to this book:

I think it’s really important that people hear our stories, the good stories and some of the things we’ve had to fight through and overcome, and to learn that we’re like everyone else in this world. I think some of our stories are absolutely beautiful.

[This book] can serve as an example that trans people really can have exceptional skill sets that are needed by the government and can be successful military leaders.

Featuring twenty-six essays from current service members or veterans, these eye-opening accounts show us what it is like to serve in the military as a transgender person. From a religious affairs specialist in the Army National Guard, to a petty officer first class in the Navy, to a veteran of the Marine Corps who became “the real me” at age forty-nine, these accounts are personal, engaging, and refreshingly honest. Contributors share their experiences from before and during President Trump’s ban—what barriers they face at work, why they do or don’t choose to serve openly, and how their colleagues have treated them. At a time when LGBTQ rights are under siege, and the right to serve continues to be challenged, With Honor and Integrity is a timely and necessary read.”

Disclaimer: The views expressed in this release are those of the individuals and do not reflect the view of the Department of Defense or their respective services.

SPARTA is a 501(c)(3) non-profit organization not affiliated with the Department of Defense. Membership is open to transgender individuals currently serving in the United States Armed Forces.