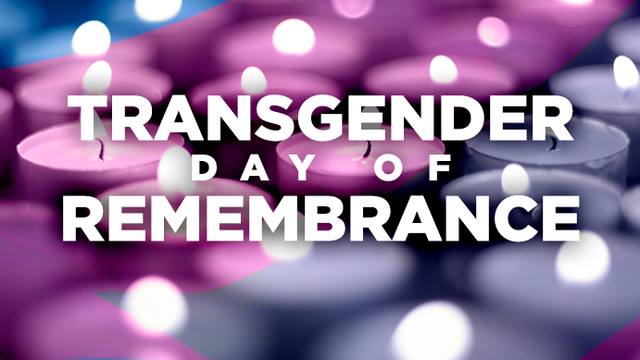 This year, SPARTA remembers our fellow transgender citizens who’ve lost their lives in the past year. With at least 32 killed this year and possibly more unreported, it is a tragedy for the community and especially for their loved ones.

Transgender persons have been a focus of bigotry and hostility, which has become most evident in recent years. According to The Advocate, a fourth of those lost this past year were in Texas and Florida – two states which have led the charge of anti-transgender legislation.

In a report from the Human Rights Campaign, it is noted that at least 300 violent deaths have occurred to transgender persons in the past ten years. Over three-quarters of those were under the age of 35. Two-thirds were killed by someone whom they knew. Fifteen people were killed by police or while incarcerated in some form. Forty percent of cases remain unsolved.

And the final indignity was that in the reports of their murders, seventy percent were misgendered by the police and/or the media, robbing them of their identity after being robbed of their life.

In the past week, SPARTA has highlighted stories of transgender Servicemembers serving their country with honor and aplomb. We ask all to take note of this Transgender Day of Remembrance of all who will no longer have the opportunity of another morning.

All people deserve the right to exist free from fear and the risk of harm. May we all continue to endeavor tirelessly to ensure that those who’ve been taken from us were not lost in vain; that they are remembered in the coming days of all of us.