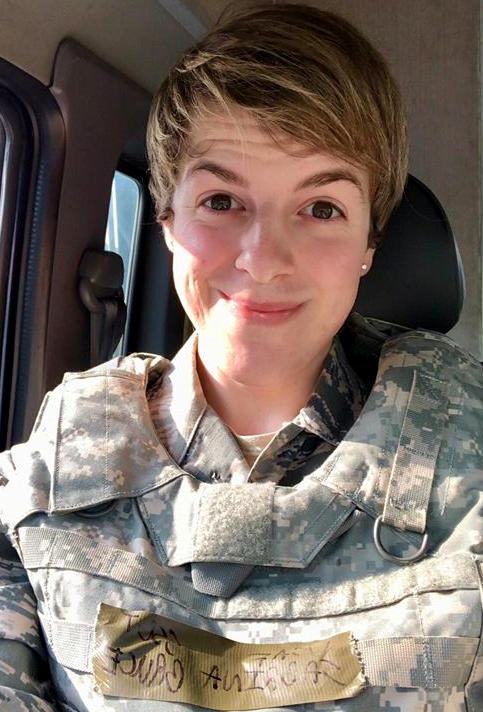 To most people, it’s no surprise that transgender people are currently serving in our Armed Forces. What may surprise them is that they aren’t the misfits, the loners, or the dead weight; they are some of our nation’s finest warriors. They’ve earned their place at every rank, at every location, and in every job from intelligence analyst, to logistician, to infantry. Staff Sergeant Sabrina Bruce, 27, from Campobello, South Carolina, is, by every account, everything our Air Force desires in a Non-Commissioned Officer and inspirational leader with nearly unlimited potential.

Adrift in life at the age of 22, Sabrina joined the Air Force in October 2013 with the intention of instilling a little bit of discipline in her life and finding a meaningful direction. The military was something she’d always dreamed of, but she never believed it possible due to her gender dysphoria. She though that “The military was for manly men and in my eyes, I was far from that.” At the time, she thought her enlistment offered her a chance to ‘man up’ and pack her gender issues away, never to be found again.

Though it didn’t work out the way she thought, the military was a perfect fit. The Air Force offered an opportunity to be part of something bigger than herself and gave her a confidence in herself that she’d never had before. Her newfound strength allowed her to calmly fly through the turbulence of the first few years of military life that knocks many new members off course and it also enabled her to constructively confront her gender dysphoria.

While assigned to the 460th Communications Squadron at Buckley Air Force Base in Colorado, Sabrina saw the change in policy that allowed open transgender service in June of 2016. It wasn’t quite her time yet though, she had a deployment coming up. She didn’t want to risk utilizing an immature policy that may have resulted in someone else having to be deployed in her place. Upon her return from a 6 month stint in Djibouti, where she earned a Joint Service Achievement Medal, Sabrina dutifully engaged with the medical system and began the process to formally change her gender. Though a well-respected high-performer, having been promoted to Senior Airman six month ahead of her peers, Sabrina understood that a potentially more difficult task lay ahead of her: coming out to her leadership and, later, her unit.

Nervous about sharing what had been her secret for so long, Sabrina set up a meeting with her Squadron Commander and went over everything. Her nerves proved unfounded, and though her commander didn’t yet understand the new process or what it really meant to deal with gender issues, he understood the value that Sabrina brought to the unit through her work ethic, her skill and her force of personality. His only ask as she transitioned? Keep up the good work. His support, and that of the rest of Squadron Leadership, was immensely reassuring to Sabrina in the months ahead.

Sabrina committed to maintaining the high standard for herself that she had set and delivered on it. Shortly after coming out to her commander, she was sent to Airman Leadership School. As part of the required speeches at the course, Sabrina publicly came out as transgender and received a warm reception from all of her classmates. At the end of the course she was recognized as a distinguished graduate, reserved for the top 10% of students, and was the top academic performer in her class. She followed that up by being the top selection for Staff Sergeant in her career field, earned NCO of the Quarter in her Squadron and NCO of the Year in her Group. The faith her commander showed in her was easily justified.

Buckley Air Force Base Public Affairs did a feature on Sabrina as part of the Air Force 70th birthday celebration of “Breaking Barriers”. The video feature was shared on the base Facebook page and she received only positive praise in response to the story.

Her time at Buckley was filled with positive experiences which she describes in her own words. “I can’t emphasize enough how much my squadron did for me at Buckley. Just their support, knowing they cared, and that no matter who I was, I was a valued member of the team, made my transition as easy as it could be. Their support allowed me to continue working hard and focus on getting the mission done and take care of my Airmen. Being able to do those things allowed everything else to fall into place.”

Before departing to her next assignment in Korea, her Squadron Commander pulled her aside to let her know that she had exceeded his expectations and that the squadron was proud to have had her as a member. That is the very definition of a successful tour. Sabrina, is a highly skilled computer network and communications specialist sitting at the tip of the spear. Now, she’s delivering again at a high level at Kunsan AB in Korea and embodies the motto of our forces in the region who are always ready to “Fight Tonight”. 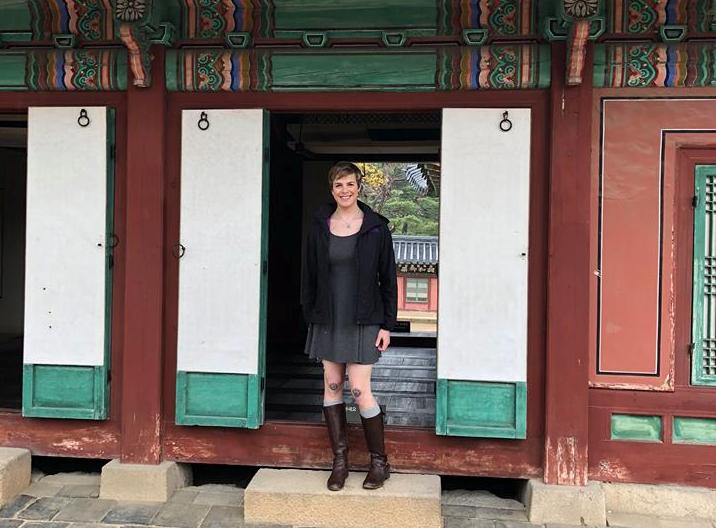 Q & A with SSgt Bruce

Q: What are your career goals?
A: I want to take care of my Airman, mentor those around me, do my best to excel and get the mission done. Beyond those everyday goals I would like to go to OTS and commission.

Q: How do you stay resilient?
A: I stay resilient by focusing on the positives in life. Life has its ups and downs, but every bad times has just as many good times to make up for it, they are just tough to remember in the moment. I accept failure and sadness, but they do not rule me. They are just parts of the human experience.

Q: What's one thing you want people to know about transgender military members?
A: Know that being transgender isn’t our (sole) identity. It’s something we deal with and it’s very visible but it’s only a small part of us. We all have hopes, dreams, failures, and successes. But sometimes that gets lost in all the noise.

Q: What can allies do to support the transgender military community?
A: Thank you for standing with us! Please don’t hesitate to ask questions or get our opinions. We are all in this together.

Q: Anything else you want people to know?
A: I want to share just how much I love the Air Force and am proud to be a part of it. Joining the Air Force has been the best decision I’ve made in my life. Every day I go to work with a smile on my face because I know this is where I was meant to be and I’m thankful for the privilege to be a part of this team.